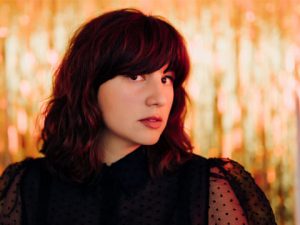 Joana Serrat is a Catalan singer-songwriter (born in the Barcelona town of Vic in 1983) who could be classified as a lover of classic American sounds, Dylanesque faction and heirs -she composes her lyrics mostly in English, although with incursions into Catalan-, with the necessary restlessness to delve into other creative paths and away from the monoculture of sound. As a child, having discarded the intention of learning to play the harp because she could not find a place to do it, she got into music through her mother’s vinyl records of Xesco Boix and her father’s vinyl records of Neil Young, Van Morrison and James Taylor. Then came studies of classical music and piano, guitar and singing, as well as poetry contests won in his region. After his adolescence, he turned 180 degrees, abandoned these studies and began to compose and formed a band, Deva, before moving to Dublin in 2005, where he intensely immersed himself in the work of Bob Dylan, who became a beacon and guide to reach his own personal voice. From there came his first two works, both under the acronym J.S.T. and in a line close to pop-rock, “Liffery” (2008) and “Hit The Pavement” (2009).

The self-released double “The Relief Sessions” (2012), already signed with her name and surname and that can be considered her first official LP, raises the bar of her repercussion -she was chosen Artist Of The Week in the Nashville Noisetrade website- and leads her to sign for the label El Segell del Primavera, where she releases her next two works: “Dear Great Canyon” (2014), produced by Howard Milerman, the same producer of the album “Funeral” by Arcade Fire, and “Cross The Verge” (2016). In tune with his nomadic and nonconformist spirit, of always taking steps forward, Serrat then creates his own label, Great Canyon, where his last two LPs have appeared, “Dripping Springs” (2017) and “Hardcore From The Heart” (2021), the latter embracing dreamlike folk to great critical acclaim.