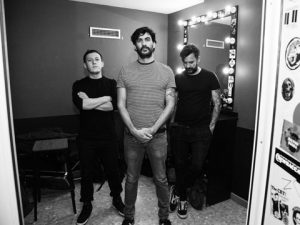 Mr Sanchez is a Valencian alternative rock band formed in London in 2016.

After championing their live set on the London indie music circuit, the band manages to place at number one on Reverbnation in their category, something never seen before with a band singing in Spanish.

In 2018 they release their first album, “Sort out your shit, Mr Sanchez”, which they present in Spain and UK.

That same year, the group decides to return to Spain, where they participated and won local band contests.