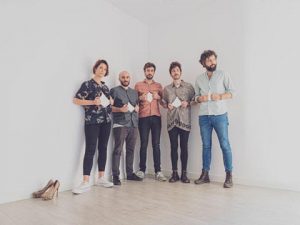 It is one of the most awarded pop-rock groups of the Valencian music scene. Their previous works “Quart Minvant” and “Intacto” have been awarded with three Ovidi Montllor awards (Best pop album twice and Best Design) and two Carles Santos de la Música Valenciana awards (Best pop album and Best Design). In addition, in 2019 the band signed a very special collaboration with Mäbu, “Las Consecuencias”, which was included in some of the main lists of Spotify and already exceeds 50,000 plays on this platform.